For a developer the most valuable data resides in the Git repositories. Therefore regular backups are a must. I'd like to describe the workflow that I found useful for my daily work.

Having data distributed over multiple locations is a good idea, especially if your house burns down. I use more than one remote location to push my data, one is on my Synology NAS and the other on a web server.

But push usually only sends to one remote site at once, especially when using SourceTree - which I do - this is annoying. A little trick makes it possible to have define a remote that pushes to multiple URLs:

Now pushing to origin distributes the data to multiple locations and activating the "Push changes immediately" checkbox in SourceTree this is done immediately without further steps.

The previous trick works well for locations that are available all the time when you are online, but how about USB drives? I do it the other way round i.e. I update the repositories on such a drive by fetching from the source repositories.

This requires some preparations. First you need to clone the Git repository like to the drive like this: git clone --mirror ~/work/example.

Now you can do git fetch. But of course nobody likes to type that for each repo, therefore we add some Shell magic:

Wrapped in a nice shell script file or into an automator app this is easy to use and any repo cloned to that drive is considered by the fetch command. 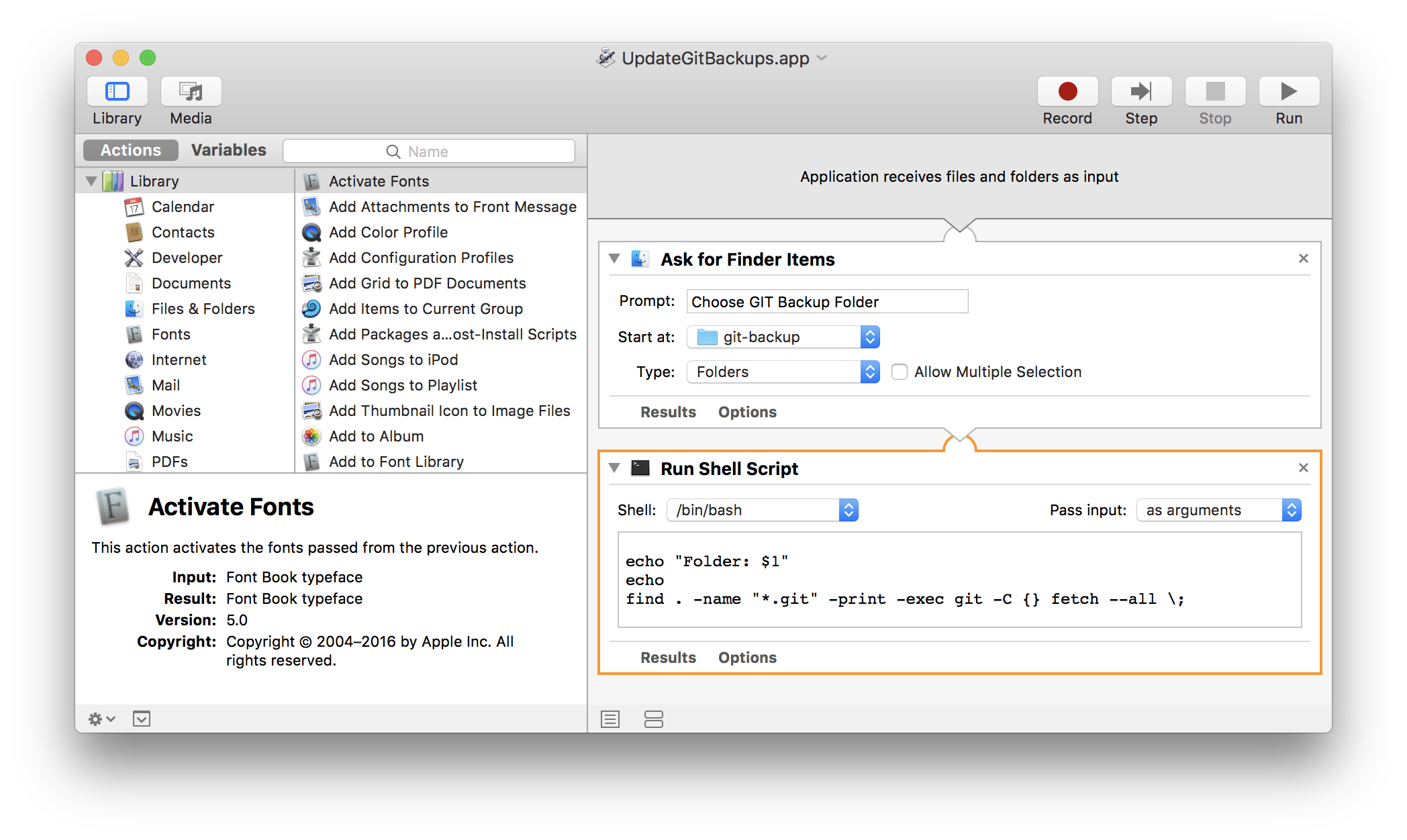